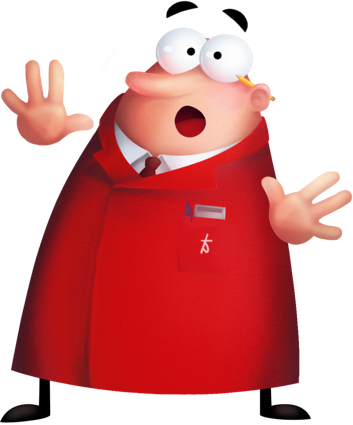 During my traineeship at Total Design, I was asked to come join the campaigning team to create character designs for one of their clients; the Dirk supermarket chain. The team had already created the main concept of the 2 characters, called ‘de Voordelers’ (the sharers of discounts). The characters should be quirky, fun, and have a certain style that is associated with the supermarket chain (e.g. red coat). I was very excited to work on this project, and felt honored to be trusted to create the designs. For me, the challenge was: how can I create 2 original characters that suit the Dirk supermarket chain?

First off, I started sketching. I made as many sketches on paper as I could, within a couple of hours. I then asked the campaigning team to have a look at all of them, and to point out the elements of the different drawings that they thought would work well. I then combined the approved elements into a more high-fi design. 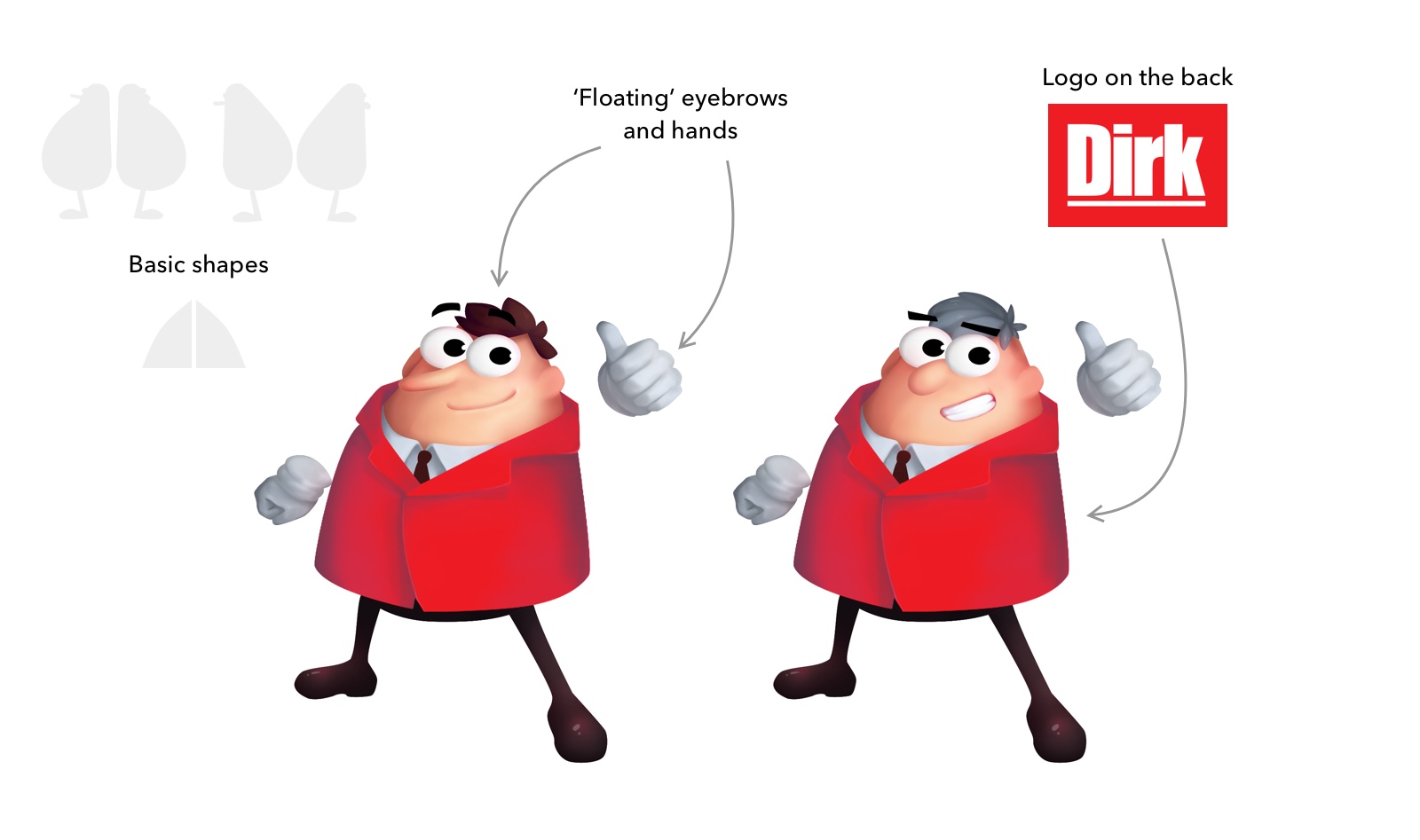 After I received feedback on the first version, I created a new version. This version was approved, except for the fact that the character was wearing gloves. I proceeded to create various drawings of the characters, showing the different expressions. 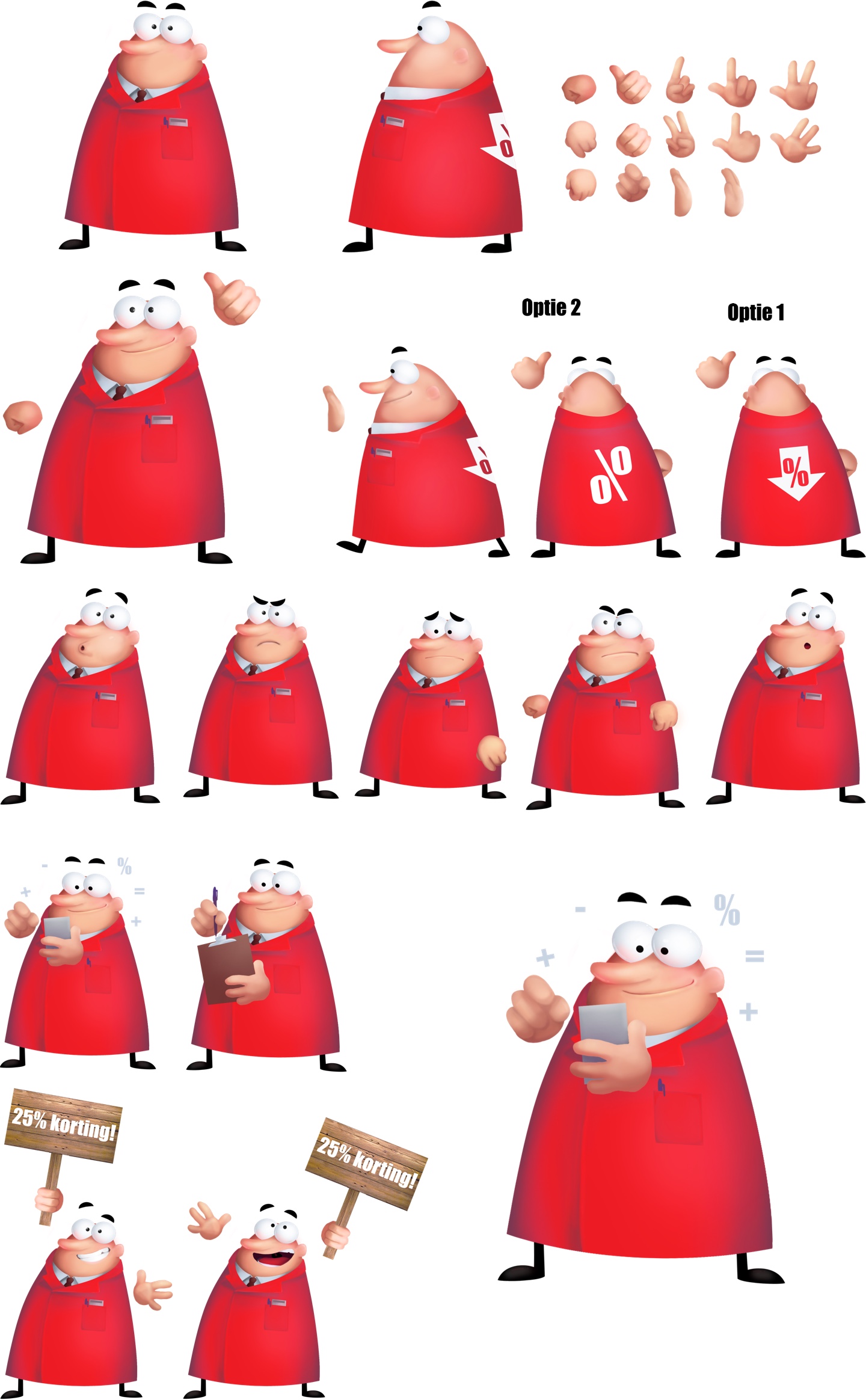 Finally, 3 designs were chosen to be drawn with more detail (textures, HD), which are shown below. The version of de Voordelers that appeared on national television were created by a 3D-studio (the DARLINGS), based on my designs.

I learned to discipline myself when it comes to using layers and groups in Adobe Photoshop. The final design was a huge photoshop project with about 25 smart objects, each representing one of the expressions. I also learned to make character designs in a specific style that the client needed. I would say that de Voordelers aren’t drawn in my ‘normal’ style, but this style is specifically what worked for the project. This project took a lot of dedication, as I was working on it while still having to study and follow classes (I wasn’t working full-time). I also learned the importance of debriefing the challenge; you have to make sure to have a good understanding of the assignment, and gather your first feedback as soon as possible. In the end, I’m feeling very grateful to have worked on this project! It was a pleasure to work with the campaigning team.